Abyss are a popular band who perform at Weddings, Parties and Corporate Functions around Norwich, Norfolk and the surrounding areas. We perform a mixture of repertoire including Rock, Pop, Blues and Modern Classics (please see our Band Song List for full details).

We can easily cater for parties up to 500 guests and use a professional 1400w PA System (Mackie c300z top speakers and Peavey powersubs). Our light rig can also provide a wonderful display and includes the KAM LED Parbar, various patterned LED disco lights, a smoke machine and a showtec Octopod 80 LED system for larger gigs. 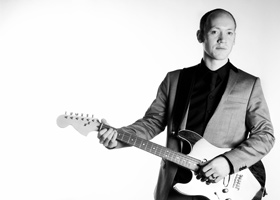 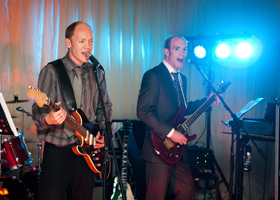 Abyss have worked with BBC Radio 2, for the ‘sold on song’ sessions, and have had radio interviews with BBC Radio Norfolk and futurefm radio. The boys have had much success in band competitions and picked up the title of ‘Young Musicians of the East’ in the best band category of Outline Magazine’s coveted competition in December 2005.

Notable gigs include having supported ex members of Status Quo and Deep Purple at a huge event staged at the Norfolk Show Ground – playing in front of an audience of thousands - Abyss have also played the University of East Anglia’s main stage (to a capacity crowd of over 800 people) after being announced as finalists of the Eastern Daily Press newspapers ‘Next Big Thing’ competition.

Abyss are also keen to use their abilities to help better the community and have raised money for multiple sclerosis and motor neurone disease through the use of gigs and charity fundraisers.